Obviously, we feel that an embellished horn is the best possible thing to grace the next Song of Ice and Fire cover for The Winds of Winter. We admit that we may be a little biased – but look at that thing! It’s a beautiful dark horn etched with a runic design is embellished with silver on the tip and rim. We want it. But what’s the story behind it?

First of all, let’s talk about whether or not this is the official cover. We certainly wouldn’t want to set ourselves up for disappointment. GRRM has said on his blog that it’s the real deal, “for the moment.” Ugh, the waiting! But still, I’ll take it. The next ASOIAF cover?

Fans have narrowed down which horn it could possibly be to two main contenders: Dragonbinder from A Feast for crows, or the Horn of Joramun, which is said to have the power to bring down the Wall. Let’s break it down.

The Dragonbinder is a really friggin’ huge horn – 6 feet long, to be exact – with Valyrian glyphs enscribed all over it. In the book, it’s described as having a black shine and banding made of red gold and Valyrian steel. It’s actually a sounding horn, and when it’s blown, the glyphs glow red hot, because that’s what happens when you make a sounding horn from a dragon horn. I am Dragonbinder by AbePapakhian on Deviant Art

In A Feast for Crows, Euron sounds the horn to stop the fight between Victarion and Asha, apparently after he snagged it from the smoking ruins of Valyria. Its sound makes listeners feel as though they’re on fire.

Later in A Dance with Dragons, we learn that the glyphs on the horn read:

“I am Dragonbinder…No mortal man should sound me and live…Blood for fire, fire for blood.”

Basically, that’s Valyrian speak for whoever blows this will die, but any dragons that happen to be in earshot must obey the horn’s master. That could definitely come in handy in The Winds of Winter.

Joramun was a great king beyond the wall, and in legend, he blew the Horn of Winter to wake up the giants from the earth. It’s believed that blowing the horn will destroy the wall. The horn is said to be so large that Jon can fit his entire forearm into it. It’s black, and at eight feet long, it’s even bigger than the Dragonbinder. It has gold bands around it, and is engraved with runes of the first men. The gold is old, so it’s “more brown than yellow.”

As it turns out, the horn the wildlings showed Jon was a fake, although it was a mighty horn in its own right:

“She burned that fine big horn, aye. A bloody sin, I call it. A thousand years old, that was. We found it in a giant’s grave, and no man o’ us had ever seen a horn so big. That must have been why Mance got the notion to tell you it were Joramun’s. He wanted you crows to think he had it in his power to blow your bloody Wall down about your knees. But we never found the true horn, not for all our digging. If we had, every kneeler in your Seven Kingdoms would have chunk’s o’ ice to cool his wine all summer.” – A Dance with Dragons

Which means there’s still a horn out there that can potentially bring the wall down. Just like a horn that can control dragons, this could prove useful – or at least important enough to feature on the cover.

Want a further explanation? Check this out:

Which horn do you think’s on the cover? Tell us in the comments! 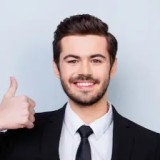 Friend ! Nice Website, Greate Publishing and great design. Thanks for sharing a dance with dragons review . Please add me on readers list.